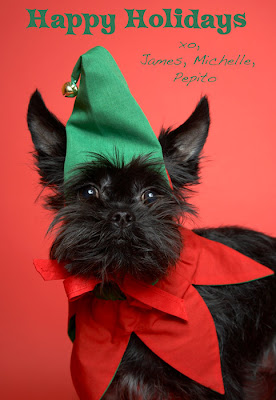 It's that time of year for Pepito to ham it up for the holiday card.
He kind of really does have elf looking ears....
Posted by Michelle Pedone at 6:14 PM No comments: 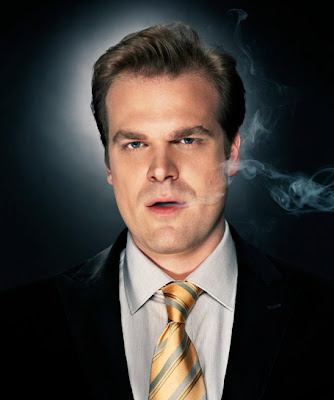 I recently had the pleasure of photographing actor David Harbour for the premiere issue of Signature LA Magazine.

Here are some of the highlights of his upcoming film projects

In the new James Bond film, Quantum Of Solace, he plays a crazy scotch drinking FBI agent, who plans to assassinate James Bond

He also stars alongside Kate Winslet and Leonardo Dicaprio in the December release of Revolutionary Road, where he plays the controversial character “Shep Campbell”

He completed filming alongside Russell Crowe in the motion picture State Of Play, where he brings the mysterious character “Red Six” to life

My goal with this portrait was to capture the underlying menace that he often exhibits with the characters he portrays.
Posted by Michelle Pedone at 3:54 PM No comments:

As the summer crawls to a halt, I took advantage of some down time to redo my website, and take the leap into the world of blogging. This can also serve as the answer to the first question people usually ask me, "What have you been up to?"

Here's a few highlights from my summer... 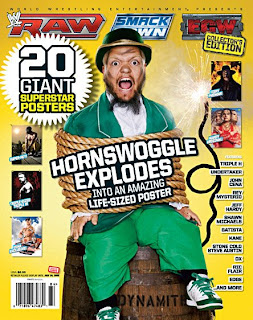 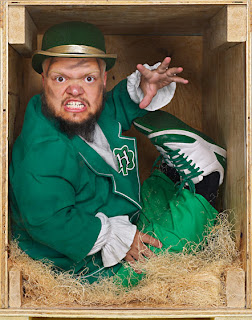 This shoot was a lot of fun! We set up backstage at the T.D. Banknorth Garden in Boston, and managed to shoot 3 different setups in record time.

On A Personal Note...
Here's a fun photo of me taken at my 20 year class reunion's 80's night. I had forgotten how much prep time and Aqua Net it took to achieve big hair. I am quite positive that I was highly flammable that night. 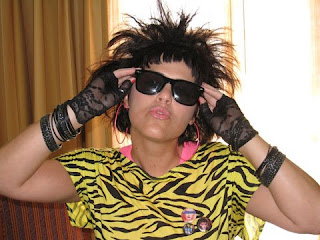 Michelle Pedone
New York, NY, United States
I love being a photographer because: • Taking a photograph of a person reveals on the outside what they thought was concealed on the inside • Creating photographs from my storyboard sketches and layouts = instant gratification • Lighting and color palette express my thoughts without even having to speak • Getting paid to travel and meet interesting people is part of the job description • Making playlists to inspire the shoot team allows me to also be a DJ • I get to act as a junior detective solving problems and researching subjects • It’s a passion and not just a job…